Our daughter turned 12 this year and we really struggled with coming up with a great tween birthday party idea.  There were some great ones that were just too childish, some that were too expensive for our family’s budget, and some that were too teenager-ish.  What to do?

I wanted to simplify and just have kids over for dinner and a game night…. only with a twist.  We finally decided on a backyard BBQ and were able to make some themes associated with it (bugs, camping items, and things you could find outdoors).  The kids had so much fun and didn’t want to go home, so I would say it was a success.  Here’s some photos that can give you some ideas of things you can do at your next party.

This party ran us around $50 and we had enough leftovers for dinner the next night to invite extended family over for dinner.  We fully utilized the dollar store as you can tell.  We invited 10 kids and 8 showed up.  We invited the kids for 3 hours and that was just the right amount of time.  I think they would have liked to play more games had there been more time. We served, bug encrusted hotdogs, cheeseburgers (not pictured because they were still cooking), chips, carrots, and bug juice (strawberry lemonade) with a gummy worm in the bottom of the cup.  We ate on paper plates and outside to minimize cleanup. After dinner, we played some games: Jenga, Apples to Apples (a really fun family game), and Spot It. The kids all had a blast and spent a lot of time laughing and talking.  We moved inside because it was pretty windy, but we could have played outside on a better day.  Whoever won a game got to choose a prize (full size candy bars). We roasted s’mores in our backyard (this could be an optional activity if you don’t have a fire pit) using our awesome adjustable marshmallow roasting sticks.  This was a big hit with the kids and my husband got to make a fire, grunt grunt… We had buggie cupcakes for dessert and sang happy birthday with trick candles that kept lighting up.  The cupcakes had crushed oreos on top and gummy worms as well as plastic dollar store bugs on them.  One friend at the party said it looked like we dropped the cupcakes in the dirt and then served them to the kids.  Exactly the effect I was going for! Lastly, we opened gifts and handed out favor bags as the kids were leaving.  We put their prizes from the games in with the treat bags before sending them home with them. If you have any questions, please post a comment and I will answer it as soon as I can.  Thanks for looking! 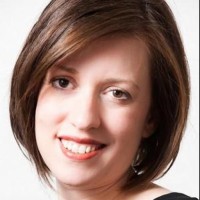